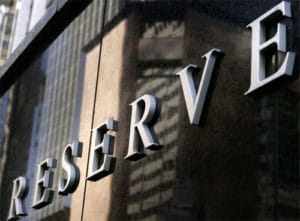 The Reserve Bank of Australia (RBA) announced yesterday (November 5) that the cash rate will remain at 2.5 per cent, unchanged from the last rate cut.

However, Mr Stevens also admitted that the Australian economy has been growing at a slower pace than desired.

“In Australia, the economy has been growing a bit below trend over the past year and the unemployment rate has edged higher,” Mr Stevens said.

“This is likely to persist in the near term, as the economy adjusts to lower levels of mining investment. Further ahead, private demand outside the mining sector is expected to increase at a faster pace, though considerable uncertainty surrounds this outlook.”

However, Mr Stevens was also quick to point out that recent rate cuts have helped support “interest-sensitive spending.”
“The full effects of these decisions are still coming through, and will be for a while yet,” Mr Stevens continued.

“The pace of borrowing has remained relatively subdued overall to date, though recently there have been signs of increased demand for finance by households.”

While the current cash rate has been left unchanged, industry analysts predict that further rate cuts are still on the table.
Ben Jarman, an economist at JP Morgan, said that the strong language used by Mr Stevens in his statement, especially describing the Australian dollar as “uncomfortably high,” points to further rate cuts.

Mr Jarman said that unless the Australian dollar falls before then, the country can expect another rate cut next year.
Still, even with the current rate remaining at 2.5 per cent, this is good news for consumers looking to obtain a home loan, as current rates are still hovering near record lows.