Skip to content
Home Mortgage Finance News How can you become a property investor with a bad credit home loan? 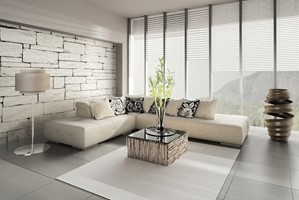 Investing in property is typically the most expensive outlay anyone makes in their life, short of buying a jumbo jet with it’s own helicopter pad. That’s doesn’t mean it’s not going to be a worthwhile purchase, however.

Property doesn’t fluctuate nearly as much as most stocks and shares. In fact, it grows month to month, year to year extremely consistently. For people with a bad credit rating who are trying to get their finances back on track, property is exactly the sort of investment that should be considered.

But why is property investment so popular, and if you do decide to go down that route, what sort of home should you be interested in?

How will property investment help your bad credit score?

If you’re able to show that you have made changes to your financial life that have resulted in the ability to pay bills, mortgage repayments and everything else on time, then your credit score will start to benefit. It can take some time, but investing in property isn’t a short-term project anyway.

Property gains value over time, so the first outlay is usually gained back, plus profit, when it comes time to sell. That could be 10 or 20 years down the track, but in the meantime, with an investment home, you’ll be earning income from rental payments to keep up with your home loan from Redrock.

What should a hopeful investor be looking at?

According to the CoreLogic RP Data Investor Report from June 2016, a whopping 48.1 per cent of the Australian unit market is owned by investors. Compare that with the mere 17.3 per cent of the house market, and there’s a clear indication of where you should be looking.

Units are generally less expensive than houses, and by nature can be located closer to the CBD of whatever city you’re buying in, so can generate great returns.

For example, CoreLogic monthly indices up to the end of June show that the median house value in Sydney was well over $1 million, while the median unit value was just $734,060. With the significant increase in population that Australia is seeing, as well as the number of new houses that are going up, renting could become the most lucrative sector of the residential economy.

Be a part of that before the boom hits, and you’ll be able to profit greatly by having continuous tenancy. To make this a reality and get started on your bad credit mortgage application, contact Redrock today.