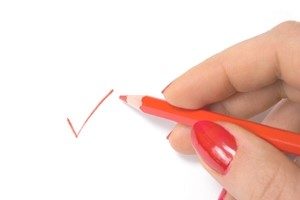 The Housing Industry Association (HIA) reports that new house approvals in the Hunter and Central Coast regions fell by 30 per cent between May and July. Unit approvals fell by even more – 58 per cent. A low doc loan should be your weapon of choice to deal with the lower number of new homes.

The total number of new dwellings has remained fairly steady, with 5,460 in 2014-15, and 5,435 in 2015-16, according to an HIA media release from September 15. If new dwellings aren’t built, and the population of Australia continues to rise, then so could dwelling values. That’s only going to make it more unaffordable to buy a home.

To avoid this situation, buy a home as soon as possible. If you need a home loan to do that, and you don’t want to give the banks all of your personal information, turn to Redrock and take out a low doc loan.

Why are low housing approval numbers going to push values up?

According to the CoreLogic RP Data monthly indices to August 31, the median dwelling value across Perth, Melbourne, Sydney, Brisbane and Adelaide is $774,000. That’s with supply increasing to meet demands from the growing population.

As soon as supply slows down, there will be increased competition to buy, and demand remains the same.

Some people will turn to building a new home, however this requires the purchase of land. A CoreLogic RP Data report from September 19 shows that the median land value across the capital cities has been steadily increasing, and now sits at $270,350. In Sydney, that jumps up to $422,000, an increase of 12.5 per cent over the past 12 months.

As housing approvals dry up and demand either remains steady or increases, and the cost of building new keeps escalating, it’s going to be much harder for people to buy.

What can you do about it?

Instead of sitting back and waiting for the housing bubble to inflate to a point where it engulfs most of the country, and nobody can afford to buy or sell apart from the wealthy, make your move now. Take out a low doc loan and get into a property that’s going to satisfy you for the foreseeable future.

You might have a growing family or even have kids moving out, so you don’t need the extra three bedrooms. Whatever you need, make the move before competition heats up to the point where it’s impossible for you to move.

Get in touch with Redrock today to start the process.