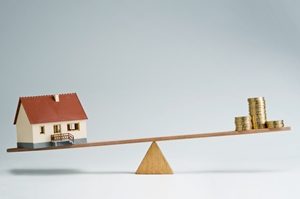 Current economic forecasts differ greatly, making it hard to gauge what is really happening in the property market. We sift through the economic data.

Forget the talk around the water cooler. Anyone reading today’s finance pages, watching market reports on TV or simply listening to chit chat around the dinner table could be forgiven for thinking that in the coming months we’re going to be issued a one-way ticket heading straight to financial hell.

We’re told that turmoil in Europe and other parts of the world will wreak havoc on Australian markets, catapulting the country from riches to financial strain in a heartbeat. It’s a feeling that’s taken an all too present hold on property investment circles. Buyer activity of late has been very much a tale of the stay-in-bed investor, too frightened to put his money into property while dark clouds rumble outside.

While it wouldn’t be the first time that mainstream media has hyped things up a bit, the sheer number of forecasts, calculations and guesses about the economy is making it difficult to discern what state the property market is really in.

Perhaps an even bigger issue is finding out the full effect of a generally negative mindset on the performance of markets across Australia. Are things bad simply because we’ve been told they are bad, and we believe it, or do fundamental economic indicators tell their own story?

According to Residex chief executive John Edwards, an ultra-negative mindset is behind much of the problems that our economy is currently facing. In fact, Edwards goes as far as to say that if it weren’t for poor sentiment the Australian economy and property market would be doing very well.

Edwards explains that poor sentiment has had a prominent effect on how the market is performing. Low sentiment is causing more people to save, not a bad thing in itself, except that this is coming with a reduction in retail spending and property investment. This in turn is driving up unemployment and has left Australia in the current state it is in – where unemployment is set to increase from 5.2% to around 5.5%.

An interrelated measure – business confidence – doesn’t paint a rosy picture either. The view from the Australian Chamber of Commerce and Industry is that business confidence is at an all-time low. A chamber survey of investor confidence in January showed that on most counts business conditions are either stabilising at low levels or sinking to contractionary territory.

The Australian economy is still benefiting from a resources boom that is fast-charging economic growth. It’s a once in a generation economic occurrence and can only have a positive effect on the performance of markets. Various economic factors will keep Australia’s property market afloat. This includes stable interest rates and commodity prices that will, thanks to demand from China, underpin new investment. Those resource projects already underway will also be difficult to stop prior to completion – even if China weakens.

With a resilient national economy to back it up, Residex data also points to a property market that is doing better than what is generally believed by the mainstream public. December 2011 statistics showed a change in housing values of 0.72% for houses and 0.5% for units. This was a sharp contrast to December 2010 figures which saw houses fall back -1.1% and units -0.54%. Independent Australian Property Monitors data further shows a national median house price increase over the December quarter – the first turnaround since the back end of 2010.

“It is reasonable to believe that the year ahead will be better for residential property owners compared to last year and most owners should see their assets hold value or increase,” says Edwards.

Investor sentiment is often contagious because people tend to want to do what others are doing. This collective behaviour is magnified by:

A major event: Widely reported news, such as when Lehman Brothers dissolved in 2008, often causes the emergence of a single, widespread investor behaviour. In the Lehman Brothers case, droves of investors jumped out of markets in a hurry.

Hearsay: When a belief that property values can only go up spreads through a new generation of investors, they often enter the market pushing prices up even further, perpetuating the belief and making it a reality. Similarly, when the crowd believes the market is going to crash, they steer clear and the negative sentiment feeds on itself.

Peer pressure: If a possible investor action goes against the advice of friends and family, few will go ahead with it because they are often reluctant to do the opposite of what others in their social circle are doing.