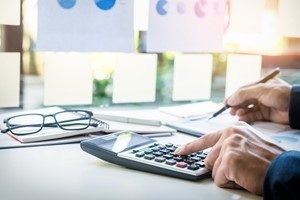 The broker industry started 2017 strong following a great December quarter and momentum keeps building. With a recent KPMG report pointing to greater public trust in brokers, new numbers on the March quarter – and a disappointing budget – means there has never been a better time to become a mortgage broker.

KPMG Australia recently released a report entitled The Australian Home Loan Market. A survey of over 600 high earners outlined some statistics that point to the increase in popularity of the broker channel over the bank route. Results indicated that 44 per cent of participants preferred a broker to originate their home loan. This is up from 23 per cent as reported by APRA in 2003.

Of the 44 per cent who preferred broker mortgage origination, half cited the reason was that they believed a broker would get them the best deal. One third of this group preferred the easier application process offered by brokers, with the majority of the remaining participants stating they chose their broker based on reputation.

The results also showed that participants viewed the integrity of the lender and simplicity of application process as the most important factors in their borrowing experience. Brokers’ highest ratings were in these two pillars. Geoff Rush, co-author of the report, suggested this is likely due to the perception that brokers will do much of the more complicated leg work involved, making the process far simpler to consumers.

A report from Comparator on the March 2017 quarter has shown over half the mortgages taken out during that period originated with brokers. While this is usually a slower season in the industry, the report outlines an increase from a 51.9 per cent market share in the December 2016 quarter, to 53.6 per cent of that ending in March.

The March quarter usually sees a good result for brokers relative to the total value of mortgages for the period. 2017, however, has actually seen the highest monetary value of broker originated loans at $48 billion for this quarter. The growing market share is indicative of the high quality consumer mortgage solutions offered by brokers nationwide, and in turn, the high level of satisfaction the mortgages have afforded clients.

Many first home buyers across Australia were hoping for a federal budget that would tackle the housing affordability issue. Unfortunately, many of these hopefuls were let down when the budget was released.

The ‘First Home Super Saver Scheme’ allows savers the option of salary sacrificing an extra $15,000 to their super account per year to a total of $30,000. The contributions will be taxed at 15 per cent, while withdrawals, which can be made from July 1, 2018, are taxed at 30 per cent below the marginal rate of the individual’s income bracket.

Melbourne University economist Sam Tsiaplias told the New Daily that the scheme is unlikely to have any significant ramifications for housing affordability. Tsiaplias went on to explain that this incentive favours those with higher incomes, many of whom he expected would be able to afford to save a for a deposit without the aid of the new scheme.

Commentators are pointing to a similar scheme introduced in 2007, the First Home Saver Account. Scrapped in 2015 due to a general lack of uptake – less than 7 per cent of the projected 730,000 savings accounts were actually set up and used – outlook on the new incentive isn’t astounding. The underwhelming effort is unlikely to inspire many prospective first-home buyers, although all hope for this growing demographic is not lost!

The market is waiting for you! Contact our team today to get your mortgage broker career started.