Skip to content
Home Mortgage Broking News How are banks making it better to be a mortgage broker? 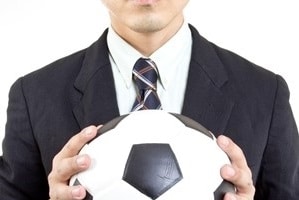 On August 3, the Reserve Bank of Australia (RBA) decided to cut the official cash rate to a record low of 1.5 per cent. The previous record of 1.75 per cent was in place for just three months before this cut. Many expected all banks to pass on their savings to customers by dropping interest rates. However, as one industry figure pointed out in an August 3 media release from the Mortgage and Finance Association of Australia (MFAA), their moves have not gone far enough.

The Big Four banks have passed on the full savings, but other mortgage institutions have not. This decision shows that shareholder profits are more important than the savings and financial wellbeing of the customer.

With many lenders in the firing line as a result of this latest cash rate cut, is right now the best time to become a mortgage broker?

Have the banks made mortgage brokers even more popular?

According to the MFAA report, some institutions have only decided to pass on 10 to 13 of the 25 basis points that were cut from the cash rate. The Big Four declared they would pass all 25 basis points on to their customers through reduced interest rates, and industry figures are asking why many other lenders have not followed suit.

This is creating uncertainty in the traditional lending avenues. That could result in a major push toward even more mortgage brokers being sought to provide finance. As that is only going to be good news for people who are in the industry, now is a good time to make the career change.

How many people are currently using a mortgage broker?

While some banks and lenders are feeling the heat after not passing on their savings to customers, now might be a great opportunity for you to get into the market and cement yourself as a customer-focused player.

There are many ways that you can set yourself apart from the rest, and being successful in your field stems from having customers who value your services and spread your name. Start your journey toward being a trusted and respected mortgage broker today with Redrock and you could soon be part of a growing Australian industry.