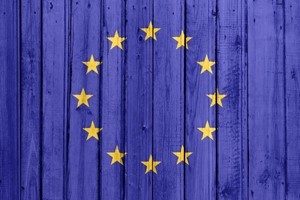 It’s every adult’s dream to be in a career where making money is one of the major factors in success. And when you become a mortgage broker, that’s just the sort of job you’ll find yourself in.

Currently, there are some dominating circumstances around the world that are pushing investors into the major centres of Australian property – namely Sydney and Melbourne. It’s because of these circumstances that now is the time to take that leap of faith and start a career in a growing industry that provides funding for property purchases.

Due to the rising house values around the country, the amount people need to borrow is going up.

For so many people, buying a home is going to be the most expensive thing they ever buy, short of a fleet of cargo planes. Due to the rising house values around the country, the amount people need to borrow is also going up, which means that brokers are seeing more profits due to the interest of these home loans.

More and more investors are set to come into the country as a result of the Brexit, and even more that are already here will start turning to property as one of the most stable investments in the modern world.

Sound like this sort of career is for you?

How will being a mortgage broker be affected by the Brexit?

The referendum for the UK to leave the EU passed at 52 per cent to 48 per cent, which has resulted in a lot of global changes in the financial markets.

London was one of the primary destinations for property investors, but now they’ll be turning to other strong markets.

While London has been one of the primary destinations for property investors in the past, now they’ll be turning to other strong markets, such as those in Sydney and Melbourne, as a way to keep their capital gains flowing.

To achieve these purchases, they’ll need Australian lenders for the most part. According to the CoreLogic RP Data monthly indices, units in Sydney had a median value of $734,060 up to the end of June 2016, which was an increase of 12.8 per cent over the previous year. Melbourne saw a slightly smaller change of just 6.14 per cent, with a median unit value of $528,380.

The CoreLogic Investor Report from June 2016 reports that 48 per cent of apartments are owned by investors, so clearly the increases in value seen over the past year haven’t detracted from the popularity for those adding to their own portfolios.

As the values do rise, however, investors will need to be paying more for their unit purchases, which will mean borrowing more in most cases. As a mortgage broker, that enhanced loan amount will mean greater profitability for your business, so you’ll be taking home even more bacon!

Are any other factors affecting the state of mortgage broking?

If the numbers remain the same, supply won’t be keeping up with demand and dwelling values will keep rising.

Information from the Housing Industry Association’s (HIA) Population and Residential Building Hotspots report shows that the population of Australia is increasing at a far greater rate than new dwellings are being built.

At the end of June 2015, the population of Australia was approximately 23,800,000, which was an increase of more than 310,000 people over the previous 12 months. Last year, according to the same report, only 221,000 new dwellings commenced construction. While it may be a record number, it’s still not enough, and if the numbers remain the same over the next few years, supply won’t be keeping up with demand and dwelling values will only keep rising.

Whether it’s owner-occupiers or investors that you’re targeting, a mortgage broker career is going to be lucrative in the current market, and it’s not looking likely to change. More and more people coming into the country, either to live or to invest, will keep dwelling values high, and that’s great news for your profit margin.

Get in touch with Redrock today to discuss how to get started in this exciting new career!