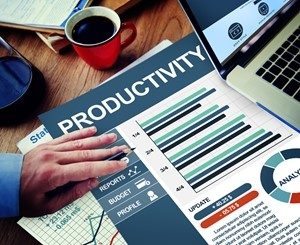 The prices of real estate has a major influence on a mortgage broker business. This industry relies on the demand of home loans, which is tied to people’s ability to actually afford housing. With that being said, the affordability of houses in Australia hasn’t exactly been in a particularly great state.

The value of capital city houses rose by 11.6 per cent in the 12 months to the July quarter.

The Housing Industry Association (HIA) releases an affordability report every quarter, measuring real estate prices in relation to people’s financial capability to afford them. The September one revealed that the HIA’s Affordability Index dropped in the September quarter by 4 per cent. This has pushed the rating of 81.6 from the June quarter, 78.3.

The release attributes this deterioration primarily to the climbing of housing prices. According to CoreLogic RP Data’s September quarterly review, the value of capital city houses rose by 11.6 per cent in the 12 months to the July quarter.

A closer look at the figures will show that Sydney and Melbourne’s powerhouse markets have been responsible for driving this phenomenal growth. The median house prices in both these cities respectively rose by 19.8 and 12.3 per cent in this period. While those selling properties over this period have made some serious earnings, it’s not necessarily the greatest of news for house hunters in these regions.

A positive outlook ahead for buyers

The Australia Housing Outlook report for 2015 to 2018 released by QBE shows that things are looking to turn around in the near future.

As the country’s property leaders, this could signal an overall cooling in the market and a correction in housing affordability issues. This should give people the motivation to seek out home loans, which means they’ll need the help of a mortgage brokering professional.

The forecast drop off in price growth has been attributed to a number of factors. One is the massive hiking in new building activity. QBE’s report indicates that investor financing makes up half of all residential loans. Drawing on figures from the Australian Bureau of Statistics, the HIA reported that a record 211,976 homes had begun being constructed in 2014 to 2015. This represents a 16.9 per cent increase for new builds, according to the organisation’s chief economist Dr Harley Dale.

The Australian Prudential Regulation Authority’s measures to reduce investment lending is another important variable to keep in mind. QBE’s report indicates that investor financing makes up half of all residential loans, indicating just how much sway these group of buyers have on the market. Thanks to this tightening, investment mortgage demand has indeed been cooling off, while owner-occupier financing has been rising.

These are all important factors that has played a part to stem rising house prices, and expert predictions seem to think that it’ll continue to do so in the coming years.